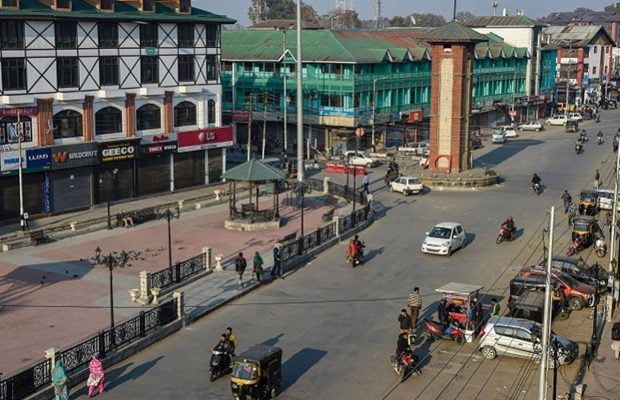 Srinagar, Dec 24 (KNO): The Kashmir Chamber of Commerce & Industry (Inc) President Sheikh Ashiq Ahmad Saturday said that the Chamber has been continuously calling attention of the State and Central Government to the unfair rate of airfare applied by different airlines operating on Kashmir air routes.

Read Also:Bank Holiday Alert! Banks to remain closed for 3 days in remaining half of April 2022

According to a statement issued to the news agency—Kashmir News Observer (KNO), KCC&I president said that the airfares for Delhi –Srinagar and Srinagar-Delhi have been exorbitantly ranging between Rs 9,000 to over Rs 20,000 recently.

“It is causing a great worry not only to the students and desperate patients who have to travel outside the valley, but also to the tourist trade stakeholders. The tourism trade was expecting a huge inflow of winter tourism, as the affiliated Tour/Travel Trade Bodies of the KCC&I have fanned out in the country putting their hard efforts to promote winter tourism,” he said.

“Besides, the efforts are made by the department of State Tourism for the growth of tourist business in the State. But unfortunately huge airfares have been playing the counter as the tourists intending to enjoy winter in Srinagar are not ready to bear the high airfare and are therefore prevented to do so. The inclement weather and resultant bad road connectivity further aggravate the situation. And as a result the Tourism business in particular and the economy of the State in general gets hard hit.”

“It is pertinent to mention here that the airfares on international route from Delhi are paradoxically far lower than those ruling the Delhi- Jammu- Srinagar air routes. In fact airfares for Delhi to other more distant domestic routes are much lower.”

“We also request authorities to increase the number of flights to this route so that they can adjust more passengers with capping airfare,” he said.