Year Ender—EDUCATION: A year of productive academic session in Kashmir 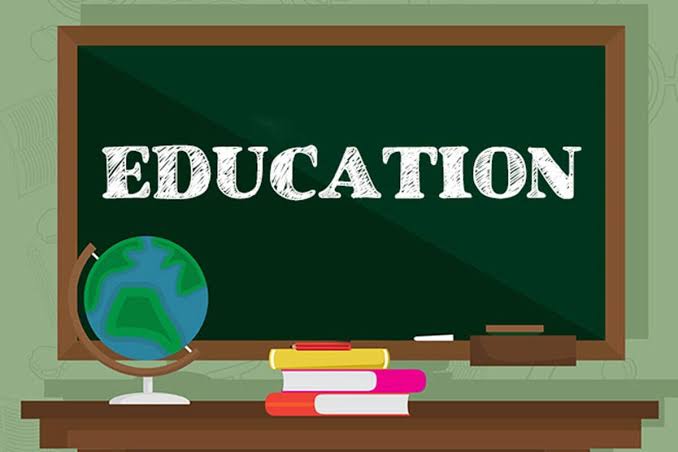 Year Ender—EDUCATION: A year of productive academic session in Kashmir

Srinagar, Dec 27 (KNO): Following the two years of continuous closure of educational institutes because of COVID lockdown, this year has remained productive for the School and Higher Education Department pertaining to academic days and implementation of uniform academic calendar.

Besides making a historic change after more than four decades by implementing the uniform academic calendar in Jammu and Kashmir in sync with the national academic calendar, the School and Higher Education Department this year witnessed more than 195 academic days.

According to the news agency—Kashmir News Observer (KNO), about 13,000 schools in winter zones of Jammu and Kashmir divisions reopened in March for physical academic activities after a gap of nearly two years except for a few months.

The schools were initially closed in March 2020 following the outbreak of COVID-19 that led to closure of all educational establishments.

The schools in Kashmir were again thrown open in March 2021 but the establishments were closed again following the surge in COVID-19 cases in the first week of April. Later, the schools again reopened for the regular academics at the fag end of the academic year.

The School Education Department in the first week of October-2022 said that it has decided to implement the Uniform Academic Calendar thereby the exams of Classes 1-9 will be conducted in March now.

“Sanction is accorded to the implementation of Uniform Academic Calendar including conduct of annual examinations in March-April session for classes’ up to 9th standard in all the Government and Government recognized Private Schools of the Union Territory of Jammu and Kashmir,” the government said.

The department had further ordered that new admissions shall commence from the month of March of the calendar year.

Earlier, the Jammu and Kashmir State Council of Educational Research and Training (SCERT) had also said that it will likely do away with the October-November session.

In this regard, SCERT had forwarded a proposal to the Principal Secretary, School Education Department of which official orders were issued on Friday.

In this regard, a joint meeting of all the Drawing and Disbursing Officers (DDOs) of SCERT was held in virtual mode to seek inputs on adoption of Uniform Academic Calendar upto class 9th in winter zone areas of JKUT and formulation of budget estimates 2022-23 Viz 2023-24.

It states that all participants in the meeting had agreed for adoption of Uniform Academic Calendar up to class 9th in JKUT.

“All the participants in the meeting have agreed to implement Uniform Academic Calendar in rural and urban and winter zone areas in sync with the academic calendar of other classes 9th to 12th as notified by the government,” it reads.

The Board of School Education (BOSE) has identified 444 such schools in the both divisions of Jammu and Kashmir for which annual regular examinations will be held in the month of April instead of March.

Besides, the Board has also declared the whole Leh district of Union Territory of Ladakh as a hard zone and has accordingly directed to conduct the exams in the Month of April.

“Annual Regular Examinations held by the JKBOSE of classes 10th, 11th and 12th shall be held in the month of March in both the divisions of Jammu and Kashmir and UT of Ladakh excluding hard zones or areas,” BOSE said.

It also said that the annual regular examination of hard zones or such areas of Jammu and Kashmir and Ladakh shall be held in the month of April.

“Result of annual regular examination of Kashmir Division and Jammu division and Union territory of Ladakh including hard zones shall be declared simultaneously in the month of June,” director academics said.

“The revised academic calendar for the current academic session depicting schedule of the activities of JKBOSE like tentative date for submission of examination, forms, conduct of examination, declaration of results etc has also been fixed,” reads the notification.

Pertinently, the government has decided to shift all annual regular board exams from October-November to March session except for the identified 444 hard zones for which it has decided to conduct the exams in April.

Earlier the Chief Secretary, Arun Kumar Mehta has said that Jammu and Kashmir will fully implement the National Education Policy (NEP) from the current academic session.

In July, the Jammu and Kashmir Higher Education Department (HED) said that Uniform Academic Calendar shall be followed from academic year 2022-23.

Besides, the department has also said that the calendar shall be prominently displayed on the college website.

The HED had also said that in line with the vision of the NEP 2020, it has initiated a series of reforms for improving the quality of learning and teaching in all government institutions.

JKSCERT in a proposal regarding ‘student assessment and evaluation scheme up to 9th classes had said that it will use Artificial Intelligence (AI) based software to track the progress of student’s upto 9th standard.

In a draft regarding ‘a student assessment and evaluation scheme upto 9th class has JKSCERT said, “Aim of assessment in the culture of our schooling system will shift from one that is summative.”

“It will also primarily test rote memorization skills to one that is more regular and formative, is more competency-based, promotes learning and development for our students, and tests higher-order skills, such as analysis, critical thinking, and conceptual clarity,” it said.

SCERT said, “Multidimensional report card or progress card that reflects in great detail the progress as well as the uniqueness of each Learner (360 Degree), the use of Artificial Intelligence (AI) based software to track progress of students and to enable them to make optimal career choices. Support for Gifted Students and Students with Special Talent.”

The draft also reads that “All students will take school examinations in Grades 3, 5, and 8 which will be conducted by the appropriate authority. The Grade-III examination, in particular, would test basic literacy, numeracy, and other foundational skills.”

Earlier, the department had drafted that it would conduct the Summative Assessment (SA) of regular exams for only 40 marks for Classes up to 9th standard.

However, in the draft it has said that the rest of 60 percent of marks would be assessed on the basis of co-curricular component and non academic activities.

Contribution of medical seats for All India Quota

The Jammu and Kashmir government has decided to contribute 15 percent of medical for All India Quota from the ongoing year.

BOPEE has informed the eligible candidates that, “From current year that is 2022, the government of J&K has decided to contribute 15 percent seats for All India Quota as per the instructions.”

The Board has further said that it will notify the schedule for online or offline registration of eligible candidates separately and the eligible or the willing candidates in their own interest are advised to remain in touch with the BOPEE website for daily updates and keep all the relevant documents or certificates ready for registration as and when asked for the same.

“Moreover, the candidates who have appeared in NEET-UG-2022 from other State’s or UT’s and whose roll numbers do not figure in the list of JKBOPEE but claim to belong to the UT’s of J&K and Ladakh shall have to submit all relevant documents at BOPEE Office Jammu or Srinagar physically up to October-03-2022,” it reads

Pertinently, in 2012 all the states and union territories of India were asked to contribute 15 percent of their MBBS seats in the AIQ.

Earlier, the erstwhile state of Jammu and Kashmir was preserving all medical seats for the local students and some of the students were opting to fetch admission out of the All India quota in other states and union territories

In Jammu and Kashmir, the pass percentage of UG NEET qualifiers has increased by nearly 10 percent in comparison to the previous year.

The official figures revealed by the National Testing Agency reveals that a total of 38,140 students had registered from JK out of which 36,374 appeared and 20,005 qualified it.

UPSC-2021: ‘No candidate’ from Kashmir cracks the exam

However, at least four candidates from the Jammu and Ladakh regions have qualified the Union Public Service Commission (UPSC) Civil Services Examination, 2021—(KNO)